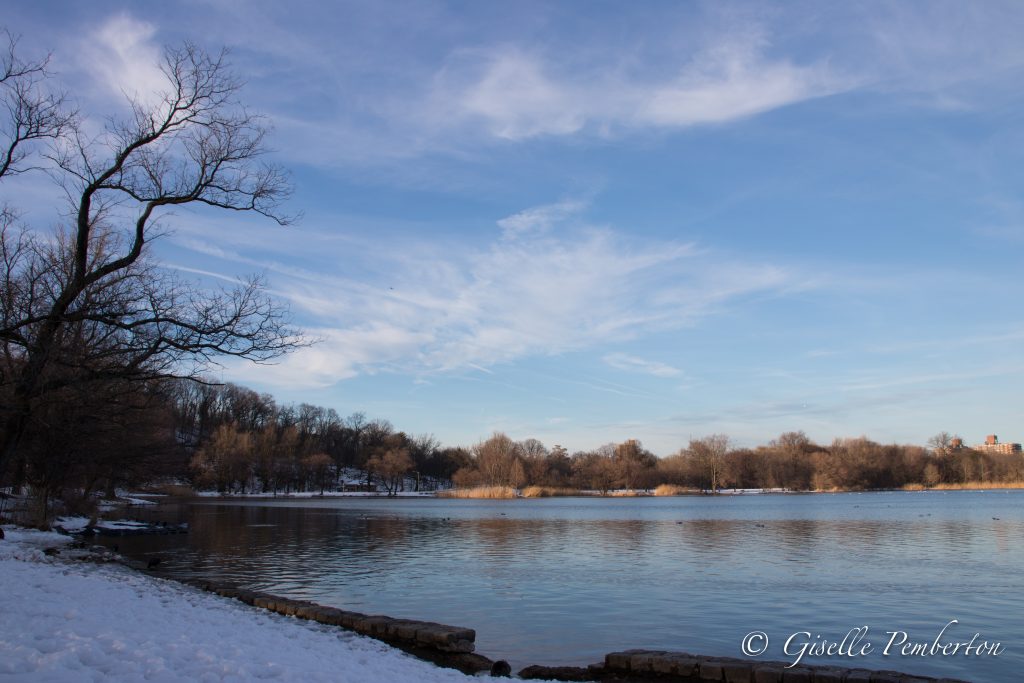 I love snow. I love lots of snow – the more the better.

On the 1st day of spring Mother Nature dumped 6 inches of wet fluffy snow on New York City. Yippie! I’m like the kids who have the day off from school – super excited. I opened my blinds and watched the snow fall all day while I worked from the warmth of the house.

Mid-morning I could hear the birds outside singing happily so I grabbed my camera and went to watch them. They seemed to be enjoying the snow as much as I was.

As with any major snow storm, I hope that there is at least double digits of snowfall so that I could blow up my snow tube and head to the slopes in Prospect Park first thing the next morning. My bed however had different plans. In addition to which, the 6 inches of wet snow didn’t really give me high hopes for nice sledding. Suffice it to say, my snow tube hasn’t seen much action in the last couple years – I never made it to the park the next morning. After work though, I convinced myself to finally wonder outside and head to the park. I figured I could catch some photos of the snow in the park before the sun went down. It was warmer than I expected outside and so on my way to the park I had to remove my hat and my gloves.

As I walked through the park amid the melting snow, I could hear birds singing (Oh that sweet sound), and people sledding and screaming loudly. I say people, as these were not kids, they were adults who were making good use of some sleds as they giddily slid down the short slopes and ran back up to do it all again. I really do believe adults enjoy this activity more than kids do and it sure does feel good to let loose. Even though the brightly colored Northern Cardinals didn’t bother to make an appearance until after the sun disappeared, my effort to get out the house was rewarded with beautiful scenery. A surprise of the day was a raccoon snuggling up high in a tree branch seemingly unconcerned with the activity below. As the sun dipped, the moon was shining brightly in the sky.

What a way to end the day.